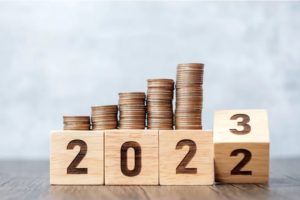 National Council of the Slovak Republic is currently discussing a draft act to amend Act 595/2003 on Income Tax, as amended (the Income Tax Act) and which amends Act 563/2009 on Tax Administration (Tax Code) and amendment of certain acts, as amended. The current status of the draft act may be monitored at: https://www.slov-lex.sk/legislativne-procesy/SK/LP/2022/408.

This act is set to enter into force on two dates:  1 January 2023 and 1 January 2024. Given that some of the changes are set to take effect less than six months from now, we have prepared an overview of the changes that the new act will introduce into the Income Tax Act and the dates on which they take effect.

Multiple changes take effect on 1 January 2023 concerning the definition of dependent parties, the application of transfer pricing rules, and the assessment of permanent establishments.

An overview of the main changes in these areas and their potential application into practice is provided below.

If for example a managing director or partner receives income from dependent activity, this relationship is not considered a controlled transaction and is therefore not subject to transfer pricing.

If a foreign taxpayer has a permanent establishment without any organisational unit, they would have had to determine their tax base from the income and expenses under current legislation if they did not voluntarily decide to maintain their accounting under Slovak legislation. Now they will be able to use the income and expenses maintained in this foreign taxpayer’s own records.

The taxpayer uses the net trading margin method. Based on data from the database of independent companies, the tax administrator determines the range of profit mark-up values from 1.5 – 8.3% with a mean value of 5.3% (median).  Despite the fact that the quartile range (0.25% – 0.75% quartile) is from 3.5 to 7.5% in the given case, the tax administrator determines an independent profit surcharge at the level of 5.3% during the tax audit. However, the taxpayer is of the opinion that the lower limit of the quartile range is more appropriate in his case, i.e. 3.5%. If the taxpayer is able to demonstrate this fact, the tax administrator will adjust the tax base according to this value.

An overview of additional changes is provided below.

THE STATE REIMBURSE ENERGY BILLS TO THE COMPANIES
05/12/2022