Changes Pertaining to the 2021 Tax Year 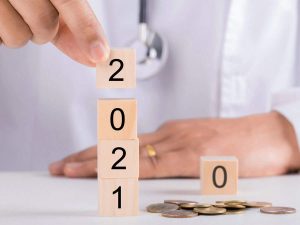 Section 2(d) of the Income Tax Act defines a legal person to be a resident of Slovakia, provided that their registered office or place of effective management is located in the territory of the Slovak Republic. The term “registered office” is being supplemented by a reference to the Commercial Code and the “place of effective management” criterion is specified as well. Within the meaning of the Amendment, the place of effective management is considered to be a place where key management decisions and business decisions are made or taken for the legal person as a whole. This applies regardless of whether these decisions are taken by the bodies of a legal person or by other persons. Consequently, decisions for smaller organisational units of a legal entity, nor decisions of an administrative nature, are not considered to be key decisions for the legal entity as a whole. These provisions are particularly important for companies with an international ownership structure, especially those with holding companies abroad.

Changes in the application of a reduced tax rate of 15%

With effect from 1 January 2021, the 15% tax rate is retained only for taxpayers (legal or natural self-employed persons under Section 6(1) and (2)) whose taxable income does not exceed EUR 49,790 per tax year. This change also applies to entities with the status of a micro-taxpayer. For these purposes, only taxable income will be considered income. For the 2020 tax year, an income threshold of up to EUR 100,000 applies for the application of the 15% tax rate.

The exception for cross-border workers is repealed

The procedure is changing in regards to determining the tax residence of natural persons under Section 2(e) of the Income Tax Act who cross the border into the Slovak Republic on a daily basis for the purpose of performing a dependent activity and who would otherwise be tax residents of the Slovak Republic. From 1 January 2021, the tax residence of these natural persons is determined according to the delimitation criteria defined in the relevant double taxation avoidance agreement. A similar procedure will be followed when determining the tax residence of legal persons, i.e. the conflict of double residence shall be resolved in accordance with the provisions of the relevant double taxation avoidance agreement.

Benefits provided under the active labour policy for projects to support job retention during the declared state of emergency in connection with the spread of COVID-19 shall be exempt from taxation. This applies to income from the use of “First Aid” contributions intended to support employers during the pandemic. Similarly, the benefits provided by the Ministry of Culture to support artists shall be exempt from taxation. Following the exemption of this income, it will be necessary to exclude expenses incurred on income not included in the tax base from tax expenses.

Tax expenditure of micro-taxpayers claiming the depreciation of receivables

Under Section 20(23) of the Income Tax Act, micro-taxpayers will be able to issue a write-down of receivables that have been included in taxable income in accordance with accounting standards. The currently approved Section 19(2)(r) of the Income Tax Act provides that from 1 January 2021, it will be possible for micro-taxpayers to claim the depreciation of a receivable for tax expenditure up to the amount of a write-down.

The annual tax settlement may be made by any employer

The amendment to the Act revokes the taxpayer’s obligation under Section 42(9) of the Income Tax Act to settle the difference in paid advances and payable advances from the beginning of the tax year to the end of the calendar month following the period for the tax return submission. Advances paid for the relevant tax year are offset against the tax due for the relevant tax year.

Repeal of the tax exemption of the 13th and 14th salaries

The definition of taxpayers from non-cooperating jurisdictions is specified

Starting in 2021, the Ministry of Finance of the Slovak Republic will exclude the following countries from the national list of cooperating jurisdictions, which is always published on 1 January of the relevant calendar year:

If a non-cooperating jurisdiction is a contracting state of the Slovak Republic on the basis of a double taxation avoidance agreement, this state will not be included in the national list of cooperating jurisdictions. However, the aforementioned does not affect the application of the double taxation avoidance agreement in question.

Date of creation of a permanent establishment

Under the new wording of Section 49(8) of the Income Tax Act, if a foreign taxpayer (under Section 48(1)(a) of the Income Tax Act) becomes aware a permanent establishment was established in Slovakia in the previous tax year, they shall be liable to fulfil additional obligations relating to the employer who is a taxpayer in the territory of the Slovak Republic (i.e. payment of income tax from dependent activity, submission of reports, etc.). The foreign taxpayer shall submit a tax return by the end of the third month after becoming aware of this fact and shall pay the tax within the same period. The aforementioned shall apply to foreign taxpayers who employed employees with limited tax liability in the territory of the Slovak Republic. The creation of a permanent establishment is assessed from the date of commencement of the “on-site” activity, i.e. in the territory of the Slovak Republic, which results from contractual relations (e.g. commercial agreements).

Additional amendments in effect from 1 January 2021